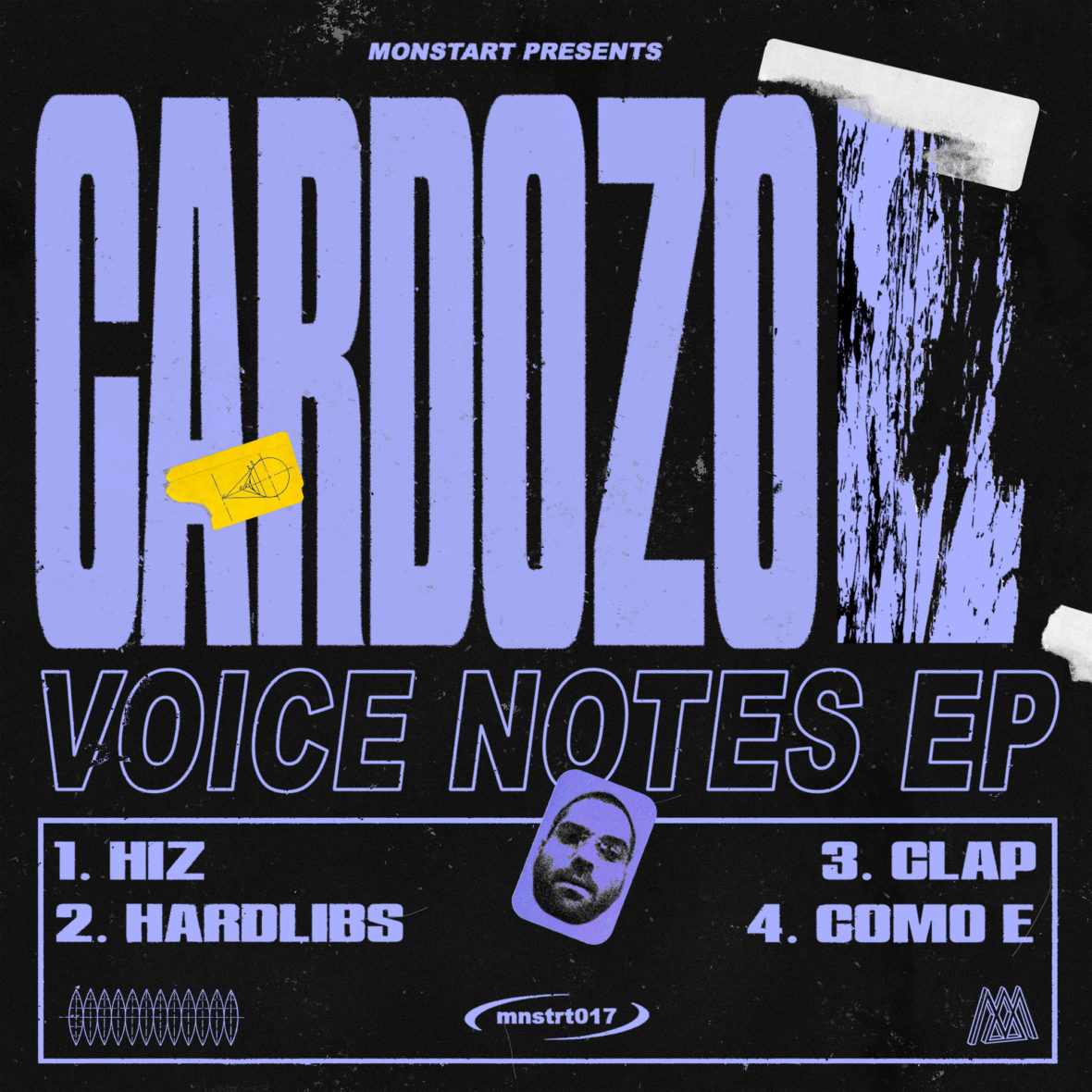 Always on the lookout for new talent, we are proud to present Cardozo, the multi-faceted artist, who joins the Monstart family for the release of his very first EP "Voices Notes". As a witness of an overflowing multiculturalism, he embodies musically the essence of our vision by materializing in an EP what the public can feel during our events and our DJ sets.
“Voice Notes”, Cardozo’s first EP is an ode to mix blending, universe fusion and musical melting pot from the clubbing culture. The piece’s common thread lies in the work of the voices that unite the different tracks of the EP. Cardozo found his musical inspiration in his background as a sound engineer/arranger. In a series of studio sessions, different voices and unused ad libs gave him a new approach to his musical vision. Indeed, instead of organizing his piece in function of the voice, he chose to consider his productions by reversing the role and by adding another face to these voices. New distorted but haunting sounds emerge.
Cardozo considers autotune and voice processors as audio treatments that are all the more interesting when used to the extreme. Especially with very exploited samples like the carioca beatbox that appears on Clap or Como É, which brings a whole new dimension and allows to enrich the musical universe in which the sample is integrated.
​​Each track has its own rhythmic palettes served by sharp drums, present and prominent, in the foreground. The aesthetics and influences are immediately identifiable by the rhythms that compose them (r&b and dancehall in Hardlibs, baile funk in Clap, dancehall and footwork in Hiz, trap and neoperreo on Como É). The unique and original touch of the producer is to be able to accompany these influences with rhythms with club sounds (rave synth, breakbeats) and to link the whole very quickly for a catchy and impacting result.
"This project aims to mix several styles of music, from worldwide through pop culture (Neo perreo, RnB, dancehall, ragga, trap, Baile funk), and give them a club flavor by drawing on the musical codes of Western European music that we know well, while projecting into the future in terms of sounds and feelings.
These are all familiar styles that I've worked on as an arranger over the last few years in West Africa for several rappers/singers. They're also styles I'm used to mixing as a DJ." Cardozo
------------
Producer : Marin Cardozo
Mixing : Marin Cardozo
Mastering : Qant
Artwork : Tom Manzarek
------------
Cardozo
Instagram www.instagram.com/cardozo_limbo/ Facebook
www.facebook.com/cardozolimbo
Soundcloud https://soundcloud.com/cardozo_limbo
linktr.ee/4dozo
Itunes
Soundcloud
Artist
Cardozo
Release Date
01-01-1970
Label
Monstart
Catalog Number
MNSTRT017